The thing about travelling is that bucket list never seems to go down. As soon as one destination gets ticked off your list, along come ten more to replace it. And when it comes to choosing a city in a huge country, where do you even start?

Well, perhaps a week or two hopping from city to city is the answer and in this blog we take a look at a county that’s full of beautiful rich colours, natural and man-made beauty and amazing food. We’re talking about India.

We take you on a whistlestop tour of this country and some must-see sights.

Why not start your odyssey in the south of the country and beautiful Kerala. Head down to Cohin or Kovalam for endless stretches of beaches, the chance to watch the fishermen at work and some of the freshest seafood you’ll ever eat.

After you’ve spent a day or two relaxing it’s time to get a ride to Alleppey, known as the Venice of India. These sleepy backwaters are where the famous converted rice barges are to be found and where you can sleep on board for up to five nights as you drift around the river, stopping at villages on the way, catching dinner with your hosts and catching up on all those books you meant to read. You’ll see some extraordinary wildlife en route, from colourful, diving Kingfishers to huge fish, passing by as you cruise along.

Head up the coast a little while and you’ll hit Goa. This is not the sleepy vibe of Kerala but has a more resort-style feel to it and if possible, better but busier beaches. Here you’ll find more holiday makers, more restaurants and more nightlife.

Stick to south Goa for a quieter experience and quieter beaches or head up north to find the markets and nightlife.

Keep heading up the coast and you’ll come to Mumbai. This is India’s largest city and the capital of the Maharashtra state. In the harbour stands the famous Gateway to India monumental arch, erected by the British Raj in 1924.

The Elephanta Caves too are well worth a visit, with unique stone carvings directly into the rock on a small island. These Hindu cave temples are mainly dedicated to Shiva and the site is a UNESCO world heritage site.

Next head upwards and inland to New Delhi, the capital city of India and a sprawling metropolis. The city was laid out by two British architects and some of its former colonial influences can still be seen today.

Visit the Red Fort an impressive building dating back from the 1600s and a former residence of the Mughal Emperors. Each year, on Independence Day, the Indian President delivers a speech to the nation on the steps of this historic building.

You should also see India Gate and Humayum’s Tomb, an impressive monument to a former Mughal Emperor commissioned by his grieving widow.

Drop down slightly and you’ll be in the city of Agra and more importantly the location of the Taj Mahal, which sits on the banks of the River Yamuna.

This mausoleum set over 42-acres was built by the Emperor Shah Jahan to commemorate his favourite wife, Mumtaz Mahal. It is also where the Emperor himself is buried. It is also a Unesco world heritage site.

Agra itself has plenty of other attractions including markets and a bear rescue centre.

Complete the Golden Triangle of New Delhi and Agra with a trip to Jaipur, the capital of the Rajasthan state.

Visit the impressive City Palace complex complete with formal gardens, museums and courtyards. This building is still home to the royal family and a popular tourist destination.

Another extraordinary palace is the Hawa Mahal, a huge pink building which stands on the edges of the city palace.

If you’re looking for somewhere to relax and unwind after all that palace visiting then take a trip to Central Park, a lush green space that gives visitors room to breathe and relax before heading back into the city.

Rounding off the tour

Why not end your tour as you began and head back down the coast and find your way to the stunning beaches of India. This time try Chennai on the east coast, the capital city of Tamil Nadu region and located in the Bay of Bengal.

As well as beautiful beaches, Chennai has endless temples, art and traditional villages to explore.

India is a vast, overwhelming and beautiful country. It’s a country of contrasts where the ultra modern meets poverty and education often clashes with traditional beliefs.Its natural beauty and friendly faces make it well worth putting the time and effort into creating an itinerary that takes you up and down the country, taking in the famous and not so famous sites as you go.

If you’re unsure or worried about travelling on your own, then book an India Tour to join. While for the most part women travelling alone are relatively safe, if you can travel with a friend or in a small group this is preferable.

From fantastic food to some of the most stunning architecture you’ll ever see India is one destination you’ll be glad you added to your bucket list.

Start and end on a sleepy beach where you get to leave behind the noise and pollution of the city and unwind on pure white sand that stretches for miles. Hop on a barge and explore the backwaters of Alleppey before heading up the west coast and into some of the most famous cities in the world. Take your time to explore and take in the sights, tastes and smells of these historic landmarks before heading back down the west side of the country and finishing your tour as you began, albeit in an altogether more traditional setting.

You won’t regret spending a week, two or even more in India and we guarantee it will stay with you forever. 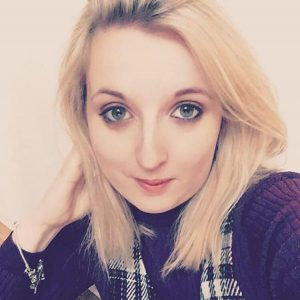